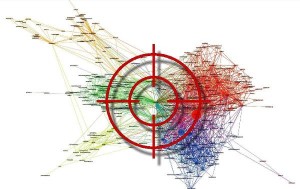 A Danish study, paid by the taxpayers with more than €2.6 million, supported by some of Europe’s largest wind turbine manufacturers Vestas, hand in hand with Siemens and Vattenfalls, has identified the scale and professional communications of the anti wind movements all over the world. The Danish wind power industry complains that it is increasingly difficult to find acceptance for their projects in the local communities. Could it be that local communities value their quality of life over the wind developers greed?

Should this EU funding have been used to spy on the people of Europe for commercial intelligence. As most of the wind information goes, the standard of the data is poor identifying only 323 groups against the 2000+ groups in existence. Denmark alone has 200 such action groups. What is concerning is that an English University should have been involved. As well as targeting groups this survey also targeted what they loosely define as “critical people”. That does smack of an extremely unpleasant totalitarian state and the worst atrocities of some regimes. Is this the future of the European Federal state? Will we next have secret policemen going through our rubbish and hacking our computers. We know the wind pimps aren’t above doing that now. The collection of data within this report goes beyond commercial intelligence and is extremely a concerning. One might suggest as concerning as Angela Merkel having her phone tapped by the CIA. We should always remember, as Corporal Jones is won’t to say-“They don’t like it up ’em”

Called the Carbon Capture Report, it is only mollified by the horrendously poor quality of the information. If Vesta, Seimens and Vattenfalls paid €2.6 million for this, they should ask for a REFUND!!!

Slightly mad. Always believes a cup is half full so continues to tilt at Wind Turbines and the politicians that seem to believe it is their god given right to ruin Scotland for a pot of fool's gold.
View all posts by Dougal Quixote →
This entry was posted in Wind farms. Bookmark the permalink.